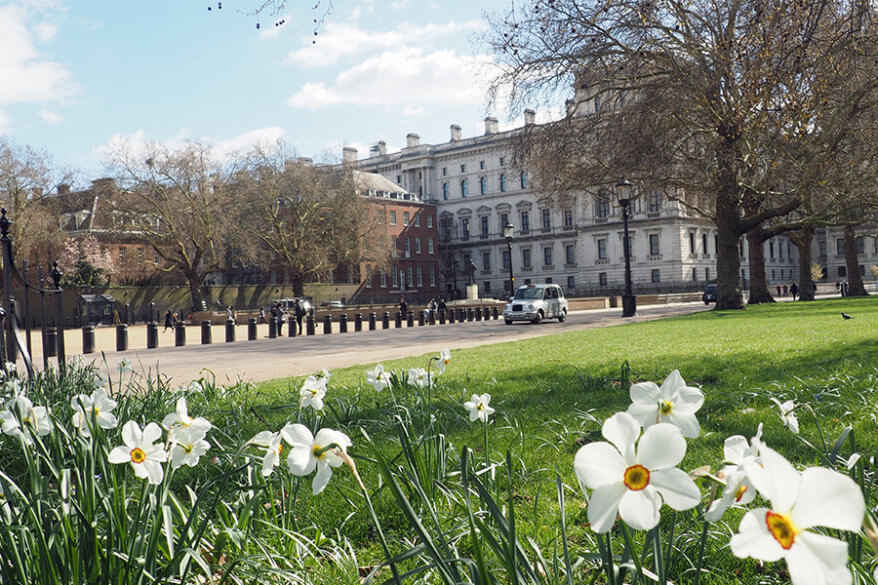 Westminster: A City Fit for a Queen

The seat of the United Kingdom’s government is in Westminster, historically one of London’s oldest districts. Westminster was actually initially founded as its own city, and only eventually absorbed into London as it expanded outward.

The palace of Westminster became the principal royal residence and the location of England’s parliament in the 13th century, but the current building dates from the 19th century. The famous clock tower Big Ben is currently undergoing a renovation and is expected to be completed by late 2021. So if you’re photographing the site, you’ll have to settle for the palace and nearby Abbey.

The Abbey is across the street from the Houses of Parliament, and also dates back to the 13th century. However, it survives from that period, and outside of a few additions, is much the same since it was first built. Admission to enter the Abbey is a little steep, but the sights inside are worth it. It also pays to book ahead of time, since long lines usually form to get tickets. However, entry is free for worshipers.

If you don’t have the time to wade through other tourists or don’t have the spending money, a nice near alternative is Westminster Cathedral, just a ten minute walk away. It’s free, and built mostly out of brick, so it has a distinctive look while delivering a sense of grandeur from the high ceilings and exquisite mosaics inside.

A couple of blocks up north of the Abbey is the home of the Prime Minister, 10 Downing Street. It’s blocked off by a gate and usually surrounded by eager onlookers, so don’t expect a grand view like the White House.

Just a couple further blocks west is St. James Park, a beautiful place of peace and easy connection to nature. The expanse of all that green within such a large city is breathtaking, and when the weather is warm, there’s no better place to relax. Walk through the grass, admire the ponds, or feed the ducks and swans proliferating the grounds if you like.

At the west end of the park is Buckingham Palace, the official London residence for her majesty, the Queen. Unfortunately tours don’t begin until July and only run through September, so we couldn’t get a look inside. But if you happen to visit during summer, it shouldn’t be passed up.

Being a cultural and business center, London has some of the best restaurants around. We were set to see the West End smash Wicked, but needed to get ourselves a meal first. Easily within walking distance to the theater and many of the most famous landmarks of Westminster, The English Grill offers fantastic food in the poshest of settings, the bottom floor of the beautiful and historic Rubens at the Palace Hotel.

We were shown the Pre-theater menu, a three course offering that includes a starter, main, and dessert. Salads aren’t included but can be ordered instead.

Read about our City of London tour!

The obvious standout is the steak, a tender piece of meat with fries and delicious sauce to dip in. But there’s also a unique fish option if you’re looking for something different.

In addition, the cocktail menu doesn’t come up short on any offering, but the Grill’s specialty is its wine selections. They own a vineyard in South Africa, and all their wines are imported directly from there. The list is staggeringly long and the waiter tremendously knowledgeable and kind, so you won’t have any worry about finding the right drink!

Like we mentioned in our Liverpool roundup, Afternoon Tea is an old ritual of the British. Here at St. Ermin’s, a luxury four star hotel that makes you feel like you’ve stepped onto an ocean liner, their tea is just the thing to make you relax in the middle of a hard day of walking through the jungle of London.

You’ll find the usual lineup of sandwiches, pastries and snacks, but the real draw is the varieties of choices in regards to their tea. We were drawn to a Mango flavored type, which when combined with some honey, was absolutely delectable. Of course, if you prefer something harder to drink, there’s a package that includes unlimited Prosecco!