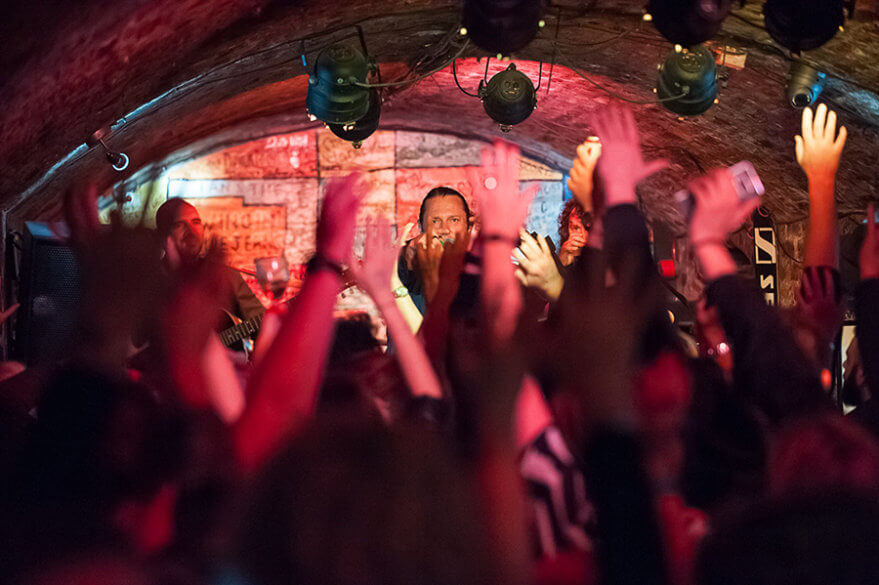 Any fan of the Beatles will tell you they dream of visiting their hometown of Liverpool, but this city is so much more than that. Steeped in a rich history that extends far earlier than the 1940’s births of the fab four, Liverpool sits at a unique intersection in England, which allows it to contain a blend of English, Welsh, Scottish, and Irish culture.

That doesn’t even mention its use as an international trade port during the height of the British Empire in the Victorian era. Today the city has undergone a great transformation from the industrial powerhouse of yesteryear into a modern metropolis. Join us as we recount what we got to see in our quick two days stay.

Obviously Beatles fans will flock to the waterfront area, where the Beatles Story Museum offers an in depth look at the band’s career. Featuring set reconstructions of their most famous concert locations, from the Casbah to the Kaiserkeller, and the Cavern to Shea Stadium. There’s even a wealth of legitimate artifacts from the band’s history to gawk at!

Afterwards, head outside and hop on the Magical Mystery Tour Bus to get a 2 hour tour of the most famous Liverpool landmarks relating to the band. Each of the Beatles’ childhood homes are visited, and the whole ride is narrated by a knowledgeable local guide. Ask for Tony, he’s extraordinarily good natured and kind! You even get a voucher to enter the Cavern Club for free, valid only the date of your tour.

The other big museum on the dock is the Liverpool Museum, whose main feature currently is the Double Fantasy Exhibit. It focuses on the life shared between John Lennon and his second wife Yoko Ono, and includes several artifacts from their time together between 1966 and 1980.

The building additionally has a solid natural history section, and trails covering the histories of the black, Irish, Jewish, and LGBT communities of Liverpool. Best of all, the whole experience is free to the public, but donations are accepted.

The Beatles statue is also on the Albert Dock, just a few steps away. Dwarfing it is the Royal Liver Building, a beautiful Gothic structure dating back to a hundred years ago. But don’t let the Beatles sights prevent you from taking in the beauty of the dock, or checking out the multitude of shops and sights within.

Outside of the waterfront, Downtown is where businesses thrive, and the late night action takes place. Clubs such as the famous Cavern are sure to provide a fill of excitement, while elsewhere there’s fun and food to be had.

The Richmond Hotel is one of Liverpool’s best, but even if you’re staying in another lodging their meals are not to be missed. Of particular note is their Afternoon Tea special offer, typically held from 2-4 pm, but accessible most of the day.

British people love their tea, and one of the rituals most Americans won’t be familiar with is Afternoon Tea. We were exposed to this quaint little custom back in the former British colony of Hong Kong, so we knew to look forward to it.

Afternoon tea is an old routine dating back to the 1800’s, where people gathered to have tea and a light meal to stem the tide of hunger before their late 8pm dinners. It consists of tea (naturally), along with several small pieces of food. Little sandwiches (cut into ‘fingers’), scones, horderves, and pastries are all lined up on a tall rack, and can be enjoyed as little or as much as you desire.

Across the street from the Richmond is the Love Thy Neighbor restaurant. Cozy and lightly decorated, its menu is focused on bringing you delicious food that’s good for your body. Small and large plates delivering vegetarian and meat filled options, not to mention their extensive drink menu. Try the buffalo cauliflower, it’s a personal fave of ours!

When you’re all done chowing down and seeing the sights, the definite choice to end your day is the Cavern Club. The perfect hangout for Beatles fans and non fans alike, the club has seen a few changes since its heyday in the early 60’s.

Today you won’t see the Beatles, but you will see an extraordinary variety of bands, including Beatles tributes. The space can get quite cramped during the late shows, and the line to get in outside is rather long, but if you have the patience it’s absolutely worth it.

The admission is free before 7 on most days, so it pays to get in early! If you already rode the Magical Mystery Tour bus, you’ll have a voucher to get in free the date of your tour.

The music is great, and the beer and cider at the bar is surprisingly affordable. We were able to snag two pints for £4, which is about $5.30. It also was some of the best cider we’ve ever tasted! Ask for the Strongbow Dark Fruit flavor, you won’t regret it!

While there’s a wealth of hotels to choose to stay in, Base Apartments has a great selection of apartments to choose from in Liverpool.

They have four locations in the Liverpool area, our lodgings were on the Cumberland Street site, which is probably the closest to nearby bars and clubs. We stayed in a one bedroom flat, that feel like a home away from home.

Check out the full review here.

England is a diverse, wildly interesting place to explore. Those who only stay in London are missing out on the huge potential the rest of the country has to offer.

We couldn’t have had a better stay in Liverpool, and urge anybody thinking of visiting England to mark out time to see it.

Huge thanks to Marketing Liverpool for working with us during this trip and setting up some fun activities!