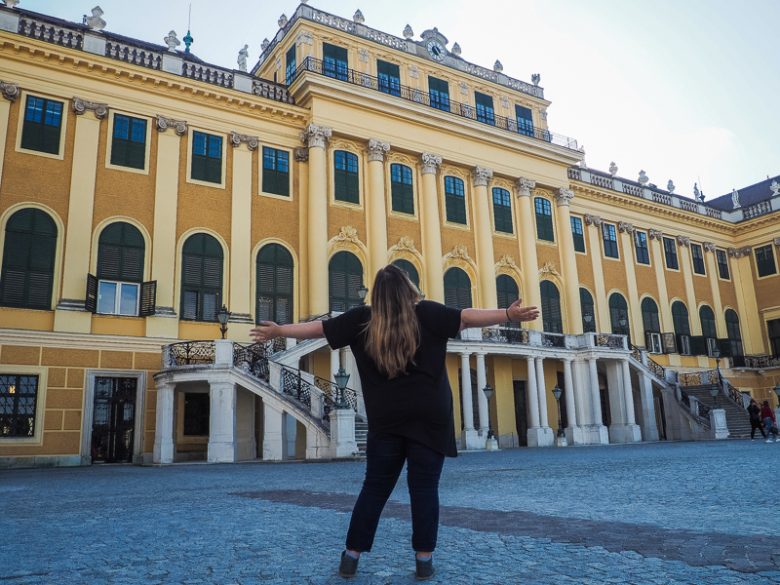 Vienna is known as many things; the city of music, the city of dreams, and even the most livable city in the world. High praise, to say the least! But what is it about these Vienna sights that gets the locals bragging, and the returning tourists raving? We gave the old town a look and have these recommendations for any visitor or local.

Schönbrunn Palace was the summer home of the Habsburg royal family. Built in the mid 1700’s under the reign of Maria Theresa, the building saw many colors on its walls until the 1800’s when Habsburg Yellow became the dominating paint to today. But whether you’re inside or outside, it’s an outstanding place to explore.

We spent the day touring the palace and afterwards enjoyed the Dinner and Concert! Your evening starts off with a dinner at the Palace restaurant. Following dinner you’ll head over to the former Orangery (once the site of Mozart conducting his own symphonies) to enjoy a wonderful classical music concert. The concert consists of Vienna dancing, singing and even some humor. It’s a wonderful way to end your evening when visiting the Palace.

Sausage is a staple food of Austria, and that’s what you’re getting here. Across the street from the Vienna Opera in a small open square, Bitzinger offers top quality wurst of your choosing and more beers than you can think of.

The lines for this hot dog stand can get long though, so be prepared for a bit of a wait!

Need a place to stay? Try the 25hours Hotel at MuseumsQuartier

Originally the winter home of the Habsburg royal family, today it’s comprised of multiple museums. Home of the world famous Gustav Klimt painting ‘The Kiss,’ the complex is primarily divided into two buildings, the upper and lower.

Our favorite is the upper, which features works by Klimt and sculptures from the 13th century.

Sitting in the middle of Josefsplatz, this ornate hall of books originally belonged to the Emperor. Built in the 18th century, it reflects the baroque architectural styles popular in the era, and is awe inspiring to look at from floor to ceiling.

The largest library in Vienna, it has over 12 million items in its collection.

Classically decorated and furnished at a high standard, the restaurant on the ground floor is open to the public who want a genuine Austrian meal.

Veal and Wienerschnitzel are a must, and save room for the pancake dessert or apple strudel. A bar is also adjacent for any alcoholic beverages you prefer.

Hop On Hop Off Bus

A convenient way to get a quick look at all the most famous monuments and sights in Vienna, this bus will save your bacon if you get tired of walking easily and can’t afford a taxi.

They have multiple stops around the most famous spots in the city, and with complimentary earbuds providing narration in multiple languages, it’s easy to love for tourists from all around the world.

This historical amusement park has existed in some form since 1766, but today is a marvel sights of modern and traditional Vienna.

Open to the public, all the traditional amusement rides are present, highlighted by the giant Ferris Wheel “Wiener Riesenrad,” most famously featured in a key scene from the classic film “The Third Man.”

A landmark of expressionist architecture, this otherwise typical apartment complex is world renowned for its unique facade and color scheme.

Architect enthusiasts and tourists alike can “ooh and ahh” at this one of a kind building, but people do actually live inside it, so respect their homes and keep your distance!

**Thanks to the Vienna Tourist Board for assisting us in our trip!