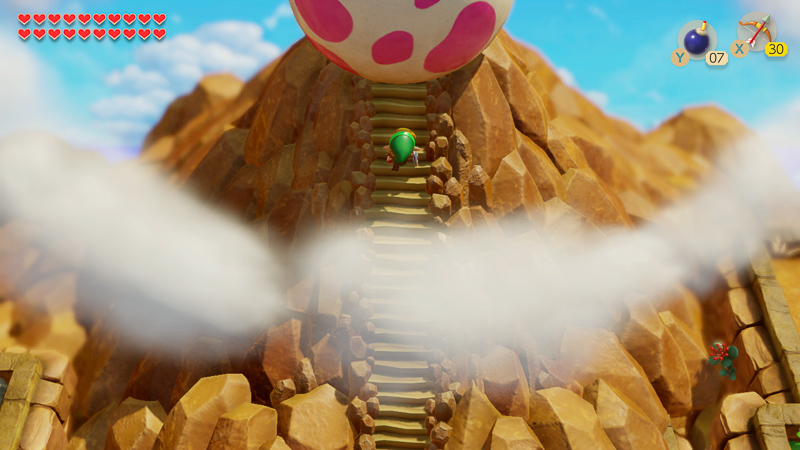 Switch Review for ‘The Legend of Zelda: Link’s Awakening’

Dive into the fantasy world of Hyrule, take control of Link’s sword and sprint into the adventure of a lifetime in Nintendo’s remake of the beloved classic, “The Legend of Zelda: Link’s Awakening.” Now available on the Switch! We recently had the chance to spend some time falling in love with the design and look of this game, and we wanted to share a review of the newest Zelda addition, Link’s Awakening.

The Legend of Zelda might be the most well-known video game series in the world, and “Link’s Awakening” is one of its most cherished entries. It’s always tricky remaking a classic most fans already consider flawless, but in this instance, Nintendo has done it again.

Link’s Awakening originally saw release in 1993 on the GameBoy, and never saw re-release on a home console until now. This remake expands the game from its GameBoy origins into the modern age and takes full advantage of the cutting edge capabilities of the Switch, with revamped graphics, fresh controls, and a new soundtrack, while still retaining the fun of puzzle solving, the wonder of exploration, and that classic Zelda action.

The story follows Link, who after setting sail on the sea survives a hurricane, and washes up on the shores of a mysterious island. With nothing but the clothes on his back, he sets about re-acquiring his sword and shield, and that’s where you take over!

Rarely does a game made in this era truly make the user feel like an explorer, and Nintendo’s designers have done a fantastic job recapturing the spirit of those earlier times. There are characters you can talk to who offer hints, but there’s no hand holding when it comes to gameplay. When you get stuck (and you will get stuck!) it takes nothing but your own intuition to figure out where to go, what to do next, or how to overcome the next obstacle. That is, assuming you don’t cave and look it up online!

The same basic overhead view and two dimensional layout of the game world is replicated, but the graphics will blow anybody away. The visuals of the first version of the game were limited by the Game Boy’s tiny screen, and black and white display. So in this revamp, the bursts of color and appealing world and character designs will both impress fans of the original and appeal to newcomers.

Then there’s the controls, which again, benefit from the evolution of Nintendo’s consoles. The Game Boy controlled with the simple D pad and B and A buttons, while the Switch’s analog stick makes controlling Link’s movement as smooth as butter. The shoulder buttons also allow greater flexibility for the player. One can assign the X and Y buttons to specific items in their inventory, but still block attacks with their shield using the R button. Since attacking with the sword uses the B button, blocking and attacking together are easy to learn, but difficult to master!

Hardcore Zelda fans need not be skeptical of Nintendo rehashing an old classic, nor should non-fans overlook this simply because it’s a redo of an old game. This remake improves upon its predecessor in every way, and even better, can still be taken on the go thanks to the portability of the Switch. “Link’s Awakening” is available now, exclusively for the Nintendo Switch.

***Creatively Clo was sent a review copy of The Legend of Zelda: Link’s Awakening by Nintendo. However, all thoughts an options is our own and in no way influenced by compensation or suggestion.