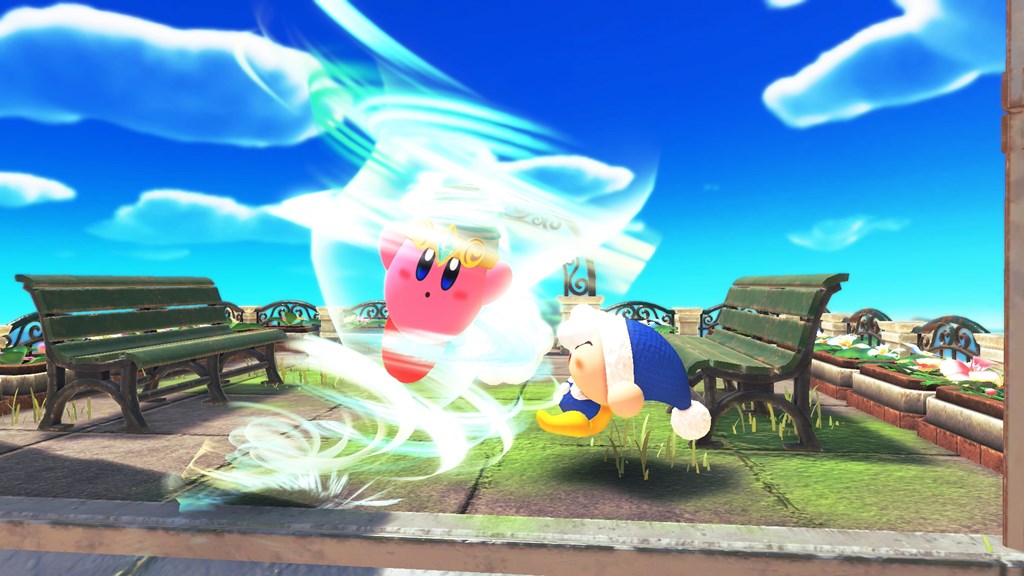 Review: Kirby and the Forgotten Land

“Kirby and the Forgotten Land” on the Nintendo Switch has landed in stores. The little adorable pink ball has been a fan favorite Nintendo character for decades. Now, in time for his 30th anniversary, comes a new adventure with a new design. The Kirby games have traditionally been identifiable by their two-dimensional style, and Kirby’s trademark ability to suck up enemies and gain their power. “Forgotten Land” adds to these two hallmarks by introducing three-dimensional levels, and several new powers to consume and use, including turning into a car!

The story is similar to other Kirby games, but also inventive. A rift in space opens up a new world of an old abandoned civilization. Kirby is trapped there and must navigate through the ancient, overgrown buildings to rescue the kidnapped beings of this civilization, the Waddle Dees. The nice result here is that the environments are different from that which we’ve already played through in other Kirby entries, but they never look drab or dull. Despite these buildings crumbling or looking overtaken by nature, they’re always colorful and appealing to look at, encouraging the player to explore and continue onward.

The gameplay is unchanged for experienced Kirby players, leaving both veterans and newcomers of the series comfortable. This is an extremely simple game to pick up and play, aided by the tight controls. Kirby can jump, suck, attack, and float just as easily as he always has, with the right degree of challenge and new features are thrown in.

As alluded to before, the new addition to this entry in the series is the occasional interactions Kirby has with the environment. Whenever you come across an abandoned car, an old vending machine, or a disused light fixture, among many other things, Kirby can suck them up and adopt their shape and function of it. So when you find, for example, an old car, Kirby consumes it and can barrel through enemies or jump through walls of concrete with ease. When you find a vending machine, you consume it and fall down onto enemies. If you find a giant staircase, you need to consume it and move into a position where it can be used to get to out-of-reach areas. It’s very exciting and fun and offers a completely new and unpredictable element to the franchise’s gameplay.

But this isn’t without returning features of the past games that have long satisfied fans. As before in the series, there are challenge modes that let the player try to complete obstacle course style levels with specific powers equipped as quickly as possible. They’re a nice diversion from the usual levels of the story and offer a new dimension of challenge (literally) with this game’s 3D environments.

The other returning feature we’re grateful for is the cooperative play, always been a favorite. The two of us spent countless hours enjoying past Kirby games like “Return to Dream Land” side by side on the couch, and playing this felt just as fun. And in this day in age where couch co-op games are getting rarer and rarer in exchange for more and more online multiplayer-only games, it’s that much more special of an experience.

Bright visuals, tight gameplay, a bouncy soundtrack, and a tried and true co-op option make this new Kirby game a must-own for families and single adults alike. Whether you’re playing with friends, your significant other, your kids, or alone, “Forgotten Land” is certain to deliver hours of fun to whoever plays it. “Kirby and the Forgotten Land” is now available exclusively for the Nintendo Switch.

***IttyBittyAtlas was sent a review copy of Kirby and the Forgotten Land by Nintendo. However, all thoughts and opinions are our own and in no way influenced by compensation or suggestion.