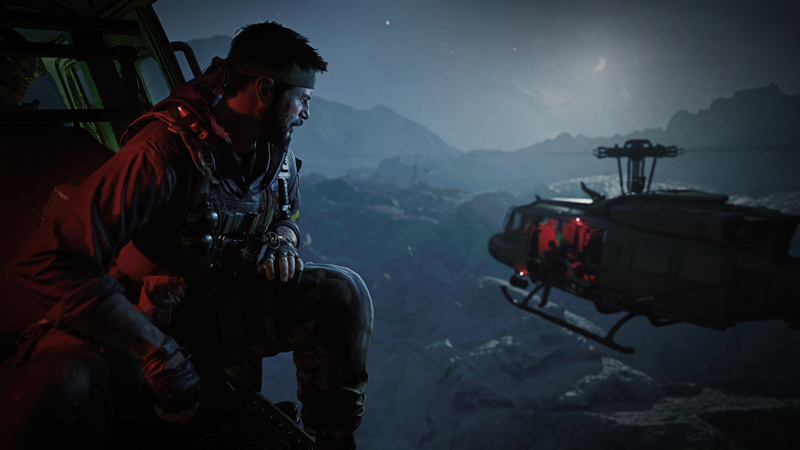 “Call of Duty: Black Ops Cold War” by Activision is out now to usher in the new console generation! The Call of Duty series has, since its beginning, been the industry standard when it comes to first-person shooters. The latest installment is no less remarkable than the others, delivering a fun campaign, tight multiplayer, and the same solid gunplay the franchise is known for.

The game’s story takes players back before “Black Ops 3,” but after “Black Ops.” America and its European allies agree to a secret deal: to position nuclear bombs ready to deploy in all major European cities. However, a Russian agent code-named Perseus manages to steal one, and it’s up to you and a special team to stop him from starting World War III.

Most gamers probably grab the latest “Call of Duty” to boot up the multiplayer. And that is entirely a worthy pursuit, especially now that the series supports crossplay. You can engage in the game with other owners from any other platform, from console to PC. But we recommend giving the single-player campaign a try. The plot is engaging and full of globetrotting, as the characters you control solve the mystery of who Perseus is. You also really feel a part of history, with superb early eighties period detail in the technology you interact with, like reel to reel tape machines and slide projectors. You even get cameos from recognizable historical figures, like US President Ronald Reagan and Soviet premier Mikhail Gorbachev.

The campaign offers a great deal of variety as well. The first-person shooting action is the meat and potatoes of the series, and you do get plenty of that to play with. But “Black Ops Cold War” keeps the fun going with stages that mix things up. You’ll get to remote control a deadly RC car, fly and shoot with a helicopter, and stealthily creep through high-security areas.

In a first for the franchise, you get to customize your character. The nickname “Bell” stays the same, but you get to choose your given name, gender, skin tone, and past employer, some of which affect in-game dialogue. You also get to pick your personality type, each offering different stat boosts like bullet damage increased by 25% or hip firing more accurate while moving.

Along with the customization, the story yields a choice to the player in the story. At several points, dialogue scenes will prompt you different things you can say to the other characters. What you choose will impact how they react both immediately and later. This is extended to in-game actions as well; you can decide to finish some side missions that flesh out the story, whether an informant lives or dies, or how to sabotage Soviet headquarters. It affects the way the game plays out, too, with multiple endings depending on your choices.

Another little extra nostalgic gamers will appreciate is the hidden arcade. There’s a secret area in your headquarters you can unlock with a code, which reveals an old-time arcade machine. Players careful of their surroundings will discover classic Activision arcade cabinets littered throughout the game, such as “Pitfall” or “Grand Prix.”

The other mode that “Call of Duty” gets its fame for these days is the zombie’s mode. It returns with a revamped story and tons of easter eggs. There’s even an alternate “Dead Ops” style, which changes the game into a classic top-down arcade shooter. It’s nearly more fun than the modern version!

“Black Ops Cold War” caps off a tough year like 2020 very well indeed. It offers something familiar that fans of the franchise can get comfortably back into while also being perfect for newcomers to drop in. And as a debut title for the new PlayStation 5 and Xbox Series X consoles, it’s second to none in fun.