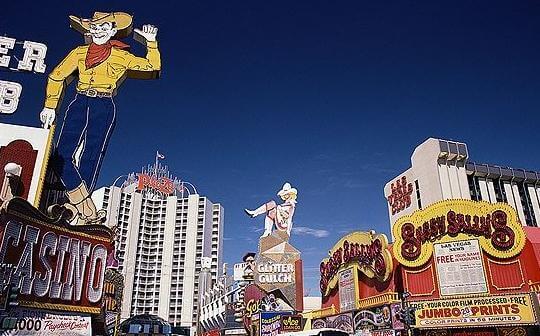 Las Vegas is full of magic, adventure, and it’s a place unlike any other. There are many laws that are altered to make Las Vegas a place of sin, some call Las Vegas “Sin City.” Many basic laws that are intact to make the world go round are voided in this city. You walk down the street and see women and men in barely any clothing, smoking is allowed pretty much anywhere, gambling is legal, divorces and marriages are as simple as ordering from a fast food restaurant and with the push of a button you can lose or win millions.

It is a place of desire, some fancy the feeling of sin, some get sick by the thought of it. There is an old saying of Las Vegas, “What happens in Vegas, stays in Vegas.”

In the mid 1900’s, it was easier to make that saying true. Married men would run away to Vegas to get that desire from another woman, now, despite the arguments, that is more vulgar and not accepted. However, Las Vegas is such a different place than anywhere else that it is definitely something anyone over the age of 21 should experience.

As we’re aware, Las Vegas has it’s pros and cons, where many may agree to disagree on what’s pros or cons, we all have our own opinion. But what else is there in Vegas besides the strippers, hard money gambling and lungs filled with smoke? Well, there is much more than meets the eye.

Las Vegas is the second best place to see a performance. New York’s Broadway performances doesn’t come close but Las Vegas does have a wide variety of musical performances that will blow you away.

There is also many of things to see in Las Vegas that are hard to find anywhere else. On Fremont Street in Downtown Las Vegas, there are many old hotels that hold a unique vintage look to it from the mid 1900’s. The Main Street Hotel and Casino was built in the 1970s and still flaunts that chandelier, stained glass windows vintage look, there are also many unique features to that hotel itself, such as statues from the 1900’s and more.

Outside of Downtown on the Las Vegas Strip, the Flamingo and Caesars Palace was built in the late 1960’s and is a sight to see when visiting Las Vegas. These things get often overlooked when visiting such a busy city. There is so much to do and see that people forget to notice the most simple, yet beautiful things.

Right outside of the Las Vegas boundaries is Red Rock Canyon and Hoover Dam, both are a magical sight in itself.

Southeast of the glittering lights of Las Vegas, in the midst of a desolate desert landscape, stands the Hoover Dam. It’s known as one of the world’s greatest engineering achievements for water resources management. Red Rock Canyon is about 15-miles west of Las Vegas and is visited more than two million people each year. It flaunts a one-way 12-mile loop road that offers a scenic route through the canyon. There is many trailheads along the road and is very popular for bicycle touring.

Las Vegas is definitely a unique experience. Play smart, have fun and experience the magic this city has to offer.

Maybe you’ll never want to return once your trip is over, maybe you’ll feel that desire and you’ll be planning your next trip while waiting at the airport, but whatever you feel once it’s over, it’s definitely something everyone should experience.