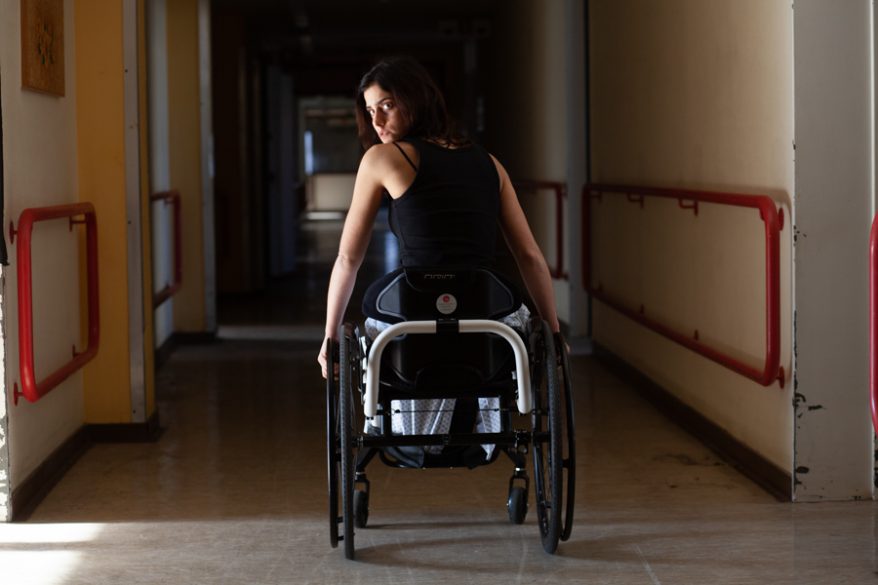 Christmas is coming, and so is Shudder’s new holiday-themed horror film “The Advent Calendar.” Made by talented filmmakers from Belgium and France, this creepy Christmas cracker kicks off the season in spooky fashion. There’s a long, fun tradition of holiday-themed horror films that turn the season of goodwill upside down. From old standbys like “Black Christmas” to modern classics like “Krampus,” “The Advent Calendar” lives up to the billing as a dark twist on something usually innocent and Christmasy like an advent calendar.

Eva, played by Eugénie Deroudand, is a former dancer who became a paraplegic following a car accident. She has a lonely existence, living single in her apartment, with a comatose elderly father and working at a dissatisfying, dead-end job. But when her old friend Sophie brings her an ancient German advent calendar after a trip abroad, it starts doing weird things to her life. At first, it’s innocuous things like getting a male nurse to fall in love with her, but then people start ending up dead!

“The Advent Calendar” is the second feature from Belgium filmmaker Patrick Ridremont, who until the last couple of years was exclusively an actor. But recently he’s dipped into writer/director territory, and with this effort, shows that he should be one to watch out for. His script takes the traditional Monkey’s Paw tale of being careful what you wish for and applies it to an interesting situation. If you had your mobility taken away and suddenly the opportunity to get it back emerged, would you take it? Even at a high cost?

That dilemma is quite effective at getting the audience inside the shoes of the protagonist, who is also played excellently by Deroudand. She brings across a vulnerability that endures throughout the film, and while she grows in her ambitions and obsession with the calendar, you never feel that she’s acting illogically or out of character.

Atmospherically, it’s one of those special movies that manages to capture the spirit of the holiday season while maintaining a creepy, uneasy feeling throughout. The movie seems to get darker as it progresses, with the later scenes taking place at night, symbolically representing Eva’s descent into darkness. And the growing dread she has every time the clock strikes midnight is accompanied by the calendar announcing in German, “Es ist mitternacht,” which soon becomes the film’s demented mantra: “It is midnight, time for something newly horrible to happen!”

Whether you want a holiday movie with a twist or just like horror fare, this is a flick that’ll send you under your covers or keep you up at night. It’s suspenseful, interestingly plotted, hard to predict, well-performed, and just downright scary. “The Advent Calendar” hits streaming on Shudder this Thursday, December 2.